Shell FuelSave 95 gives you the extra kilometres that make all the difference between where you are and where you could be. For the journeys that matter, it’s the fuel that gets you there each and every day. 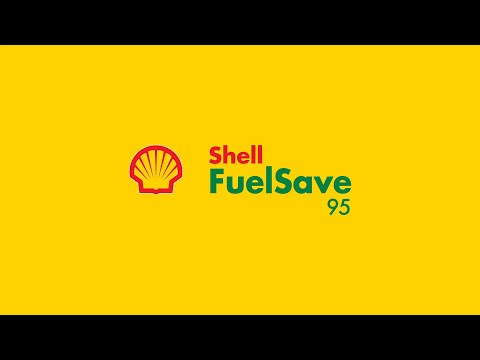 Description: Jasmin, a Shell FuelSave 95 user, leads a busy life in the city. She tells a story about the journeys she makes for the things and people that matter to her.

A fly-through into the logo reveals the first scene.

It's 6.00 AM when the bedside clock alarm buzzes. A hand comes into frame and shuts it off.

The film’s protagonist Jasmin makes her way to her car and her day begins. She first fuels up with Shell FuelSave 95 at a Shell Station, then heads into the city. Multiple split-screens show her car making its way through busy traffic toward the city centre.

Jasmin narrates in the voice-over.

She makes it to a meeting, but first takes a deep breath before walking in.

[Subtitle] For our ambitions

She confidently presents a proposal to the client.

[Subtitle] For our voices to be heard

A message comes in on her phone. Graphic pop-up shows an image of a dish and a text.

[Subtitle] Making this dish and thinking of you.

[Subtitle] For our loved ones

Her car is then seen leaving the city. In the car, she smiles to herself as the long drive takes her mind back.

[Subtitle] And yet what remains in our minds

Transition into a flashback where Jasmin as a baby is fast asleep in the backseat of a car.

[Subtitle] is where we started out from

The driver, her father, smiles as he checks on her.

[Subtitle] Because no matter how far we go

Back in the present, that same warm smile greets her as she finally arrives at her father’s place.

Overwhelmed by emotion, they come together for a hug.

Father and daughter settle down over her favourite dish for a catch-up late into the evening.

[Subtitle] So every journey I make, makes a difference

The Shell Pecten appears on white background with the Shell Power Mnemonic tune.

For the journeys that matter

Extra kilometres let you go further—whether it’s to explore new worlds and personal potentials, or simply to be close to the people you love most.

For a fresh perspective

For the ones we love

The only impossible journey is the one you never begin

The difference of Extra

Formulated to give you improved fuel economy, instantly from the start of every journey.1

Prevents 95% of deposit formation for a cleaner engine.2

1 Up to 1.4% fuel economy benefits (mileage) compared to an additivated fuel according to industry standard and Shell proprietary tests. Actual effects and benefits may vary according to vehicle type, vehicle condition and driving style. No guarantees or warranties provided. Refer to 2 below.

2 According to industry standard and Shell proprietary tests. Helps to protect key fuel system components such as intake valves and/or fuel injectors from the build-up of performance robbing deposits. Friction reducing molecules help critical parts of your engine, in particular the upper piston ring area. Actual effects and benefits may vary according to vehicle type, vehicle condition and driving style. No guarantees provided.

Shell is proud to provide cleaner energy with the FuelSave 95 Euro4M standard very soon to all our customers, for a better future.